Well 2018 started with a bang. Released the album on January 31, did a couple of really fun house concerts with Charlie, and got the CDs out in the mail at the end of February. Now comes the real fun part: airplay, yay! CFRO Vancouver Co-operative Radio was first out of the gate, with spins on Paul Norton’s What the Folk and Nou Dadoun’s A-Trane. (Click on the titles to find show archives.)

I check my Twitter account once in a blue moon, and today I find this tweet all the way from Sacramento CA. First spin in America courtesy of Twirl Radio on KUBU 96.5. 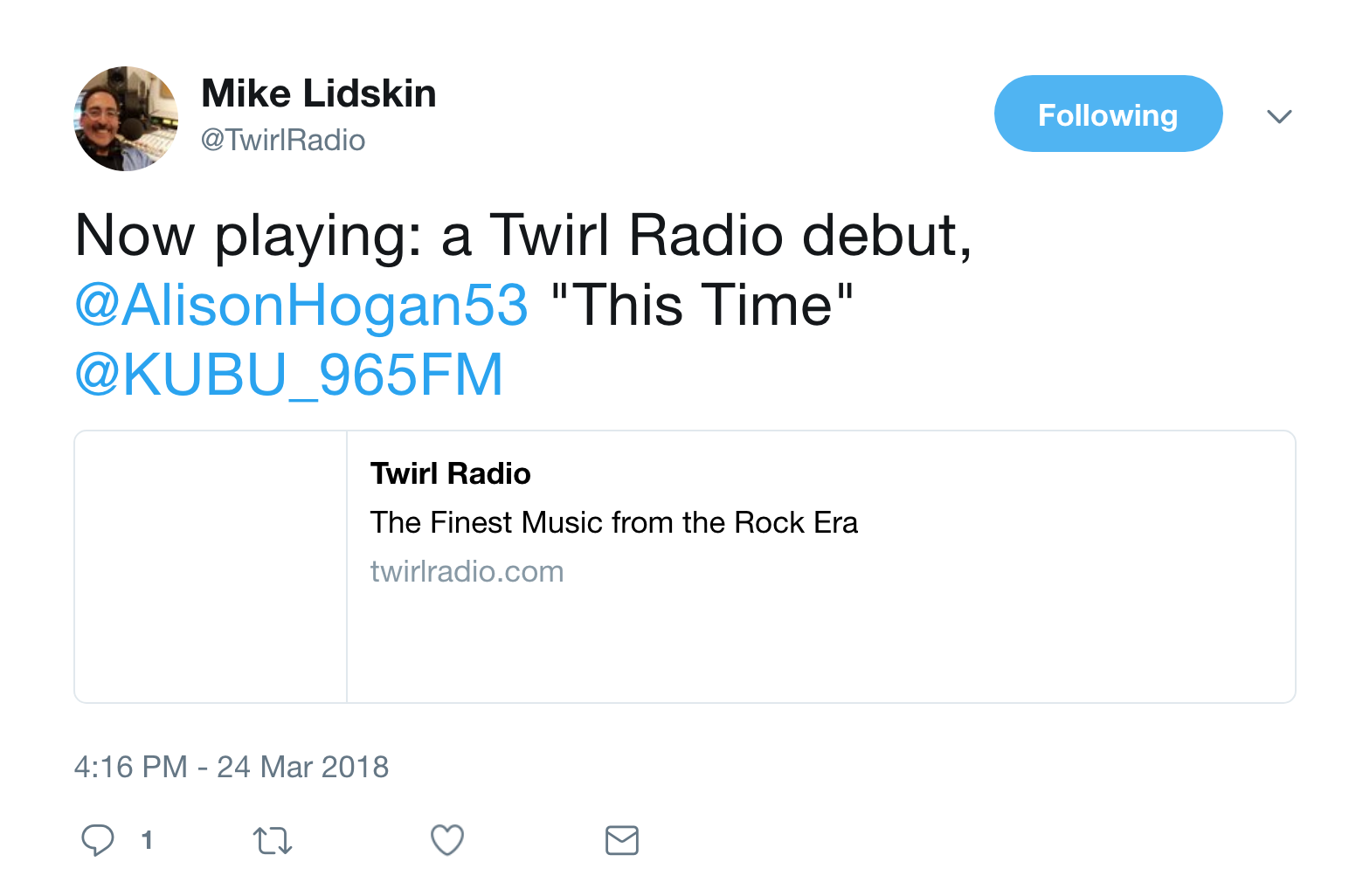 Another trip to Vancouver in March, stayed at the lovely Sylvia Hotel in the West End, my favourite landing spot when not staying with friends. The weather was just stunning, here’s the view from Stanley Park next door. (You can see my island off in the distance.)

We recorded three more songs at Brian’s studio with the full band, an old country swing number that I wrote wayyy back when and have always wanted to do up with a proper honkytonk sound. As usual, the gang knocked it out of the park, can’t wait to share it once it’s done! It’s a real toe-tapper that’s guaranteed to put smiles on many faces…

Also working on a new version of Woman She Used to Be, my old Tumbleweed hit, and a newish Nashville-inspired swamp boogie called Gone. The lovely Sadie Campbell is going to throw down a vocal on it and I couldn’t be more excited. Her voice is a gorgeous smoky whiskey growl that perfectly matches what I have in mind for this song.

I did a solo set at Trees Coffeehouse in downtown Vancouver, then the trio did a CD release gig at Neptoon Records in my old stomping grounds on Main Street on St. Patrick’s day. What a fun weekend that was!