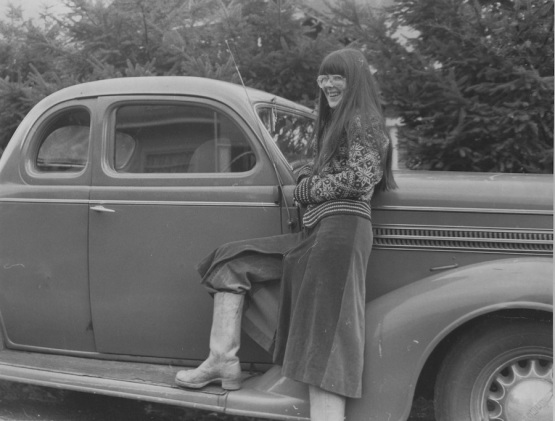 Aside from its lively coffeehouse scene, Gastown was also home to Vancouver’s first listener-supported alternative radio station, CFRO 102.7. The studio was built on the top floor of a heritage building next to Pigeon Park at Hastings and Carrall. Co-Op Radio was a major hangout for fledgling musicians like me who spent quite a bit of time busking on the streets in between waitressing at a funky little diner just down the block.

Climbing the ancient marble staircase for the first time in 1974, I didn’t realize I was about to become part of Vancouver’s broadcasting history. Volunteers were still putting the finishing touches on the wiring and plumbing, and everything was covered in plaster dust.

Wandering into the studio with my guitar, I would find someone who wanted to practice setting up mics and recording music, and we would just set up and record. It was that simple. One of my best friends and mentors at CFRO was Peter Thompson. He was deeply involved with the station from the beginning, and, when the time came to test the transmitter for the first time, he grabbed a tape of some songs I had recorded in my living room on a reel-to-reel with engineer Peter Offerman.

As a result, mine was the very first voice to be heard on CFRO. What an honour! Over the years I kept returning to the old pigeon-poop-encrusted studios for recording sessions and live fundraisers, and each visit was like a kitchen party, with musicians in every nook and cranny. It was a hoot in every sense of the word, and I’ll never forget the support and encouragement I received from the station from day one.

Another friend and mentor, Paul Norton, is still involved as one of the long-time boosters of local Vancouver roots music and a keeper of a lot of memories from those years — just look at all these reels! (Be sure to visit The Vault to hear some entertaining clips of the on-air fun and games.)